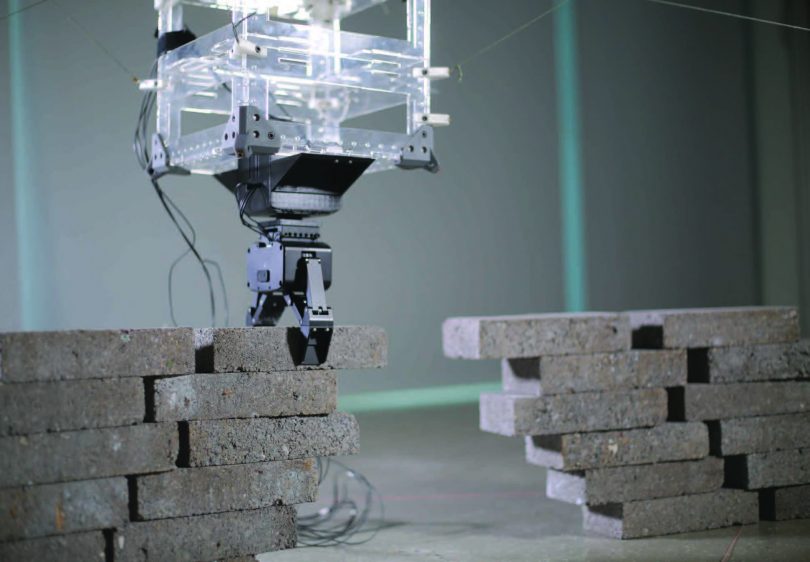 In recent years, a new type of robot, the cable-driven robot, has drawn attention from researchers and the industry. A cable-driven robot is a mechanism that possess a set of unique advantages, in particular their ability to span large spaces while carrying heavy loads and remaining simple in structure in a way that other types of robots cannot. It has been used for a range of interesting applications, including building construction, search and rescue, radio telescopes, logistics and many more.

This project explores the development of a new class of lightweight and portable systems that are able to operate in large spaces. This has interesting applications within art and architecture, where portability and ease of setup is important as demonstrations at different locations are typically expected. 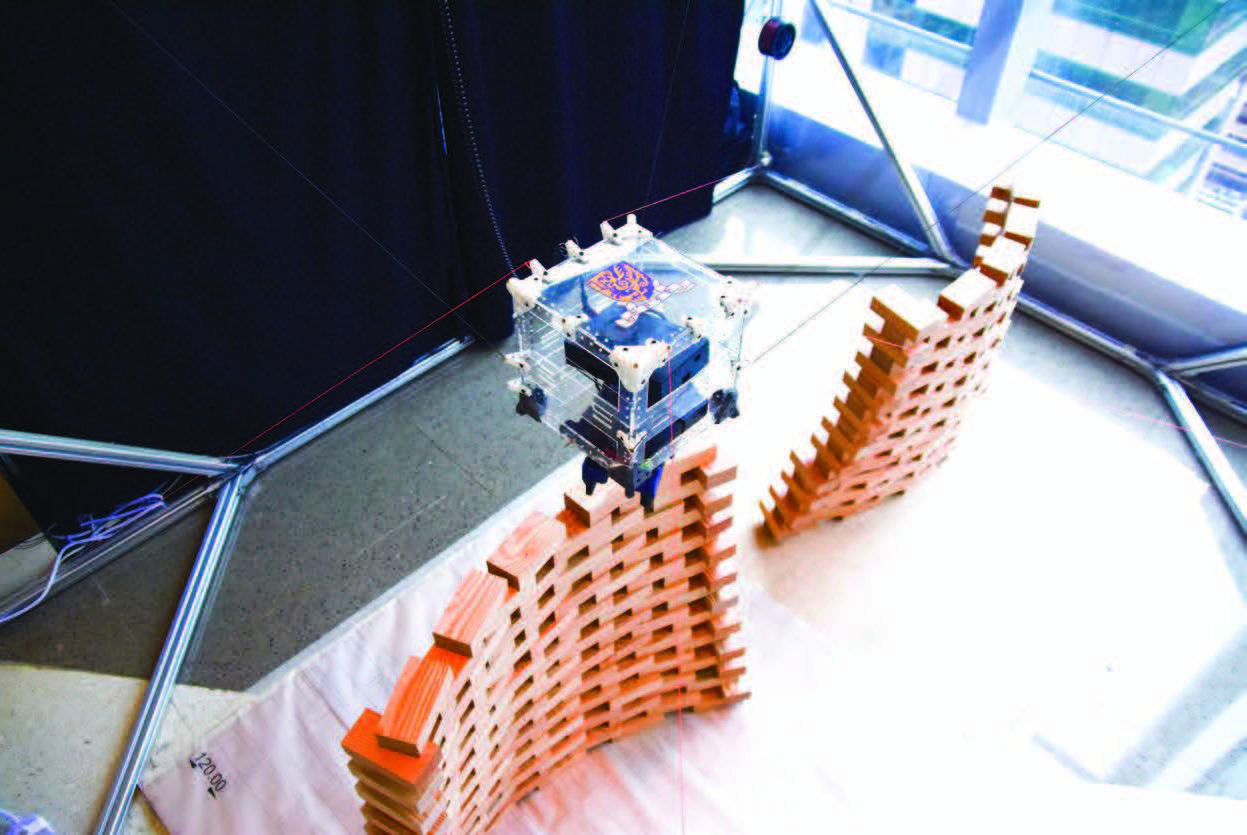 The project development must overcome several challenges. Firstly, the cable actuators of the system need to be made more compact. In addition to the hardware and software developments, the actuators size requires analysis on the force-speed capabilities of the resulting robot with a significant impact on the design and selection of motors, and also generation of trajectory in order to comply with the capabilities of the motors due to the coupling between the force and speed of the system.

Second, the calibration of the system is critical in order for it to achieve the desired accuracy as the robot does not initially know its own position. A new method is proposed to perform auto-calibration based on collecting a sequence of feedback of the length of the cables for some random motion of the system [3]. 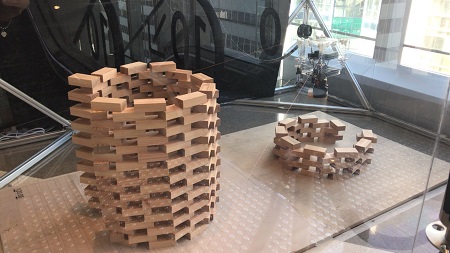 INTELLIGENT DESIGN AND ART/ARCHITECTURE APPLICATIONS
With the advantages in autonomy of robots, collaboration with different departments in arts and architecture has sparked work in the intelligence of the design process such that the entire system can be autonomous from design to execution. Two different applications will be presented in the following: 1) design and pre-fabrication of inflatable structures; and 2) CU-Brick robot to construct geometrically complex brick structures.

The goal of inflatable structures is to design aesthetically pleasing structures that take form through inflation. In this work, the desired resulting structure is first designed using CAD software. Next, the structure is computationally deconstructed into individual segments/strips to be fabricated by the cable-driven robot. Using the laser end-effector developed, the robot is then able to autonomously cut through thin sheets of plastic for each segment/strip [4]. The use of the portable cable-driven robot for this application is very suitable as lasers cutting on the scale of metres would be extremely bulky and expensive. By contrast, the developed system can easily be taken to different locations to fabricate the required segments.

The second example is a brick structure construction system ‘CU-Brick’, where the robot is able to autonomously construct geometrically complex brick structures with hundreds of bricks and more. The system consists of a gripper end-effector and the cable actuators can be mounted on metal frame structures to the walls and roofs of buildings, in a range of different environments. The design is performed through developed intelligent software where particularly parameters are provided, and it will then automatically generate the structure to be built, while remaining within the operational region of the robot and determined parameters such as the number and location of bricks, ensuring that the resulting structure is sufficiently stable.

Demonstrating the system’s portability and setup convenience, the CU-Brick system has been tested at a range of different locations, from the CUHK T-Stone Robotics Institute and School of Architecture, to public spaces such as Hysan Place where it is currently being displayed as part of the 2017 Hong Kong Bi-City Biennale of Urbanism/Architecture. It has also been shown outside of Hong Kong in Shenzhen and Beijing. The ability to carry the actuators of the system in a small suitcase opens up a range of possibilities in larger scale artistic displays that otherwise may have been too difficult to realise. 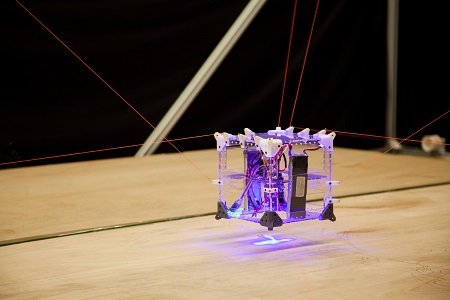 Dr. Darwin LAU is an Assistant Professor in the Department of Mechanical and Automation Engineering (MAE) at CUHK. In 2014, he received the Ph.D. degree from the University of Melbourne, Australia. He then worked in the Institute of Intelligent Systems and Robots (ISIR) at the University of Pierre Marie Curie, France, as a postdoctoral fellow. 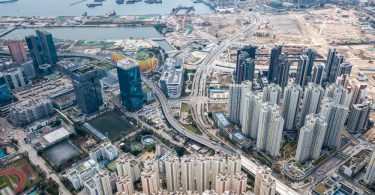 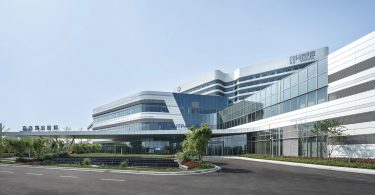 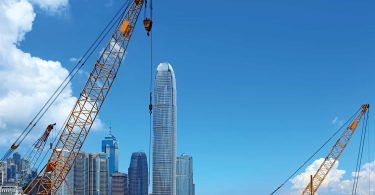 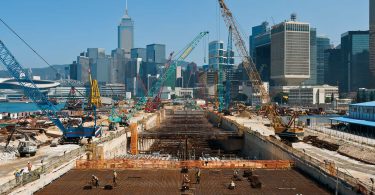 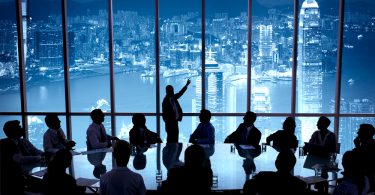 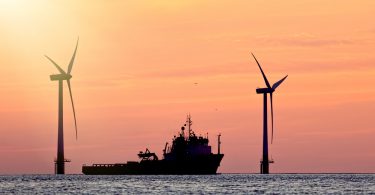