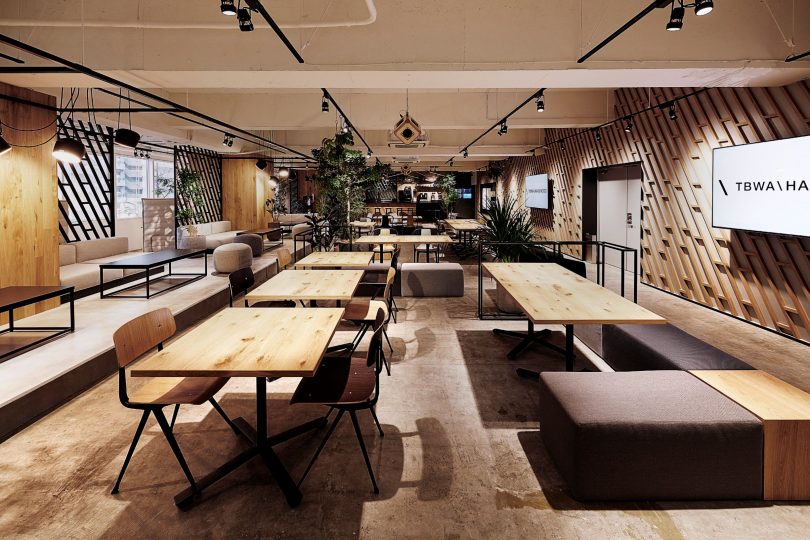 The project brief called for an expansion of an office building for a Tokyo-based agency, creating new areas for creative thinking and focus work on the fourth floor of the building they currently occupy.

As the occupants had been working on the existing fifth and sixth floors for some time, the challenge was to encourage them to move and utilise the new spaces. To make sure that the design was functionally appealing, the designers carried out research and a survey on the usage interests, which boiled down to keywords such as relaxation, focus, beverage counter and social connection, all of which were lacking in the existing work floors.

The interior of the new floor was demolished to expose the base structures of the building, which used to be a warehouse, and the new environment was reimagined from there. The design brings out the industrial beauty of the building and delineates the existing space, creating a more expansive atmosphere. Major renovations, including installing a M&E and plumbing system, as well as raising the ceiling level, were carried out to enable the building’s usage as an office space.

The material used for the interior is Japanese oak, which on one hand is suitable for environments with high humidity and significant changes in temperature such as Japan, and on the other is optimal for natural illumination to create a warm ambience. This material stands out in the interior as the design does not contain any other decorative elements. 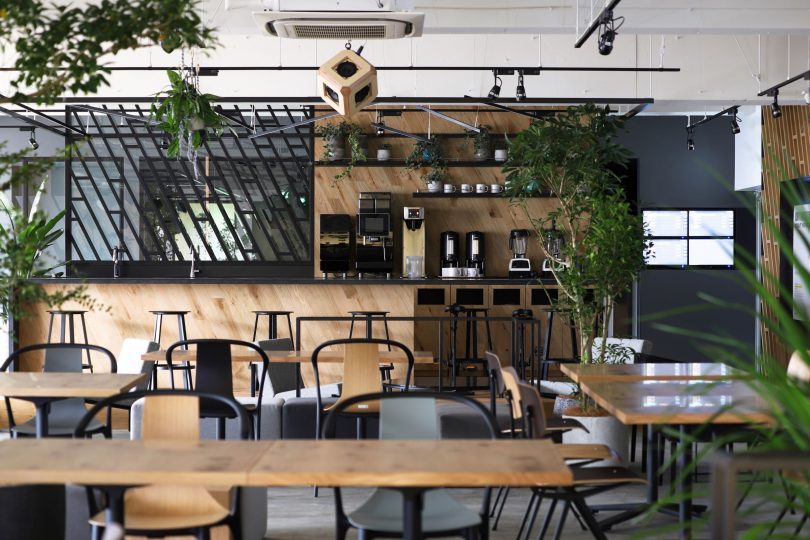 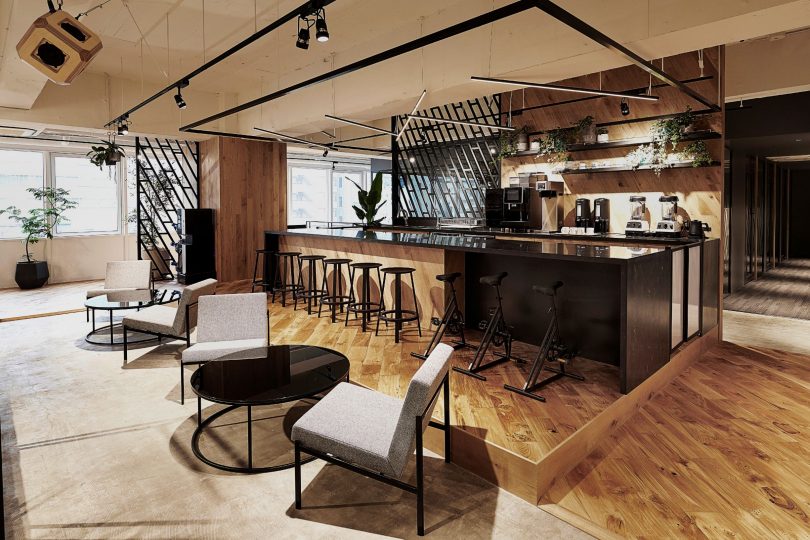 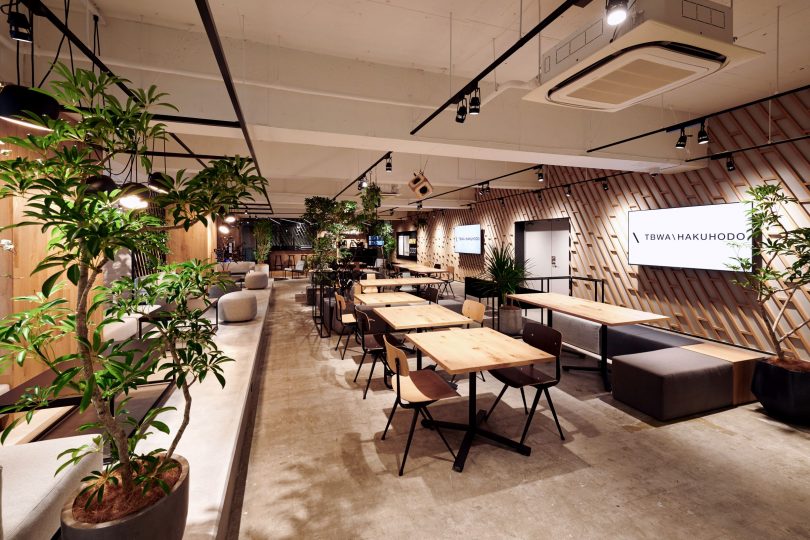 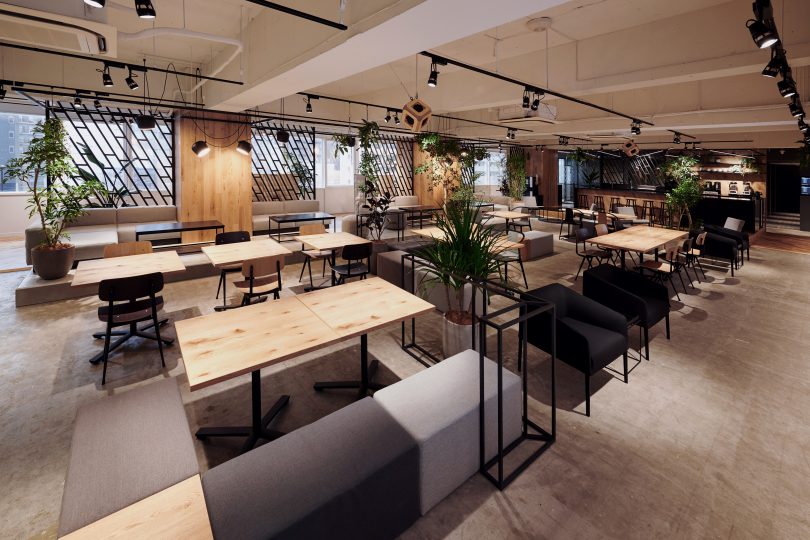 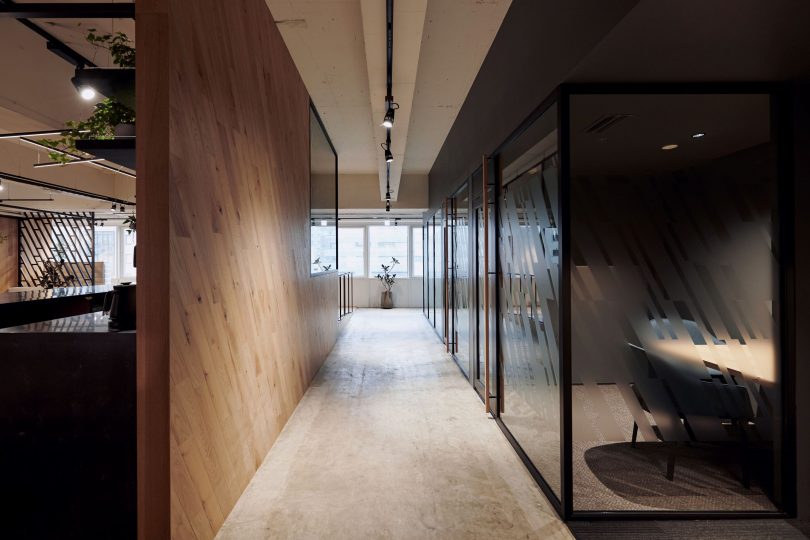 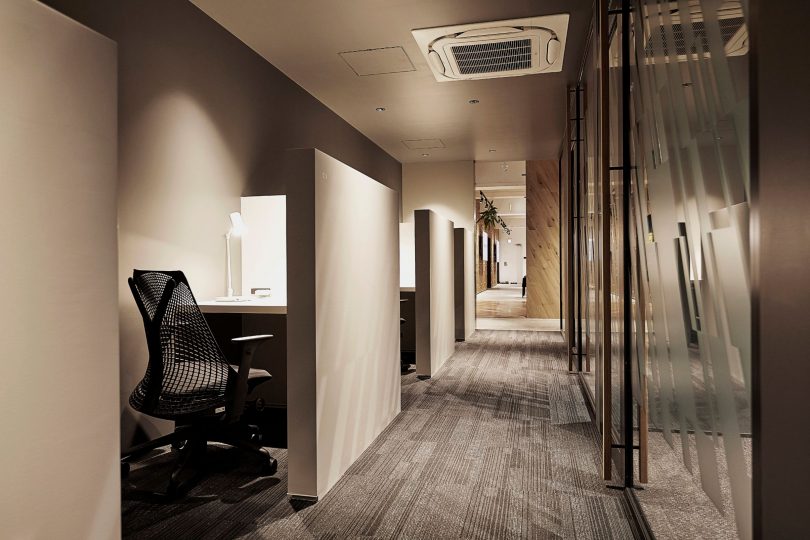 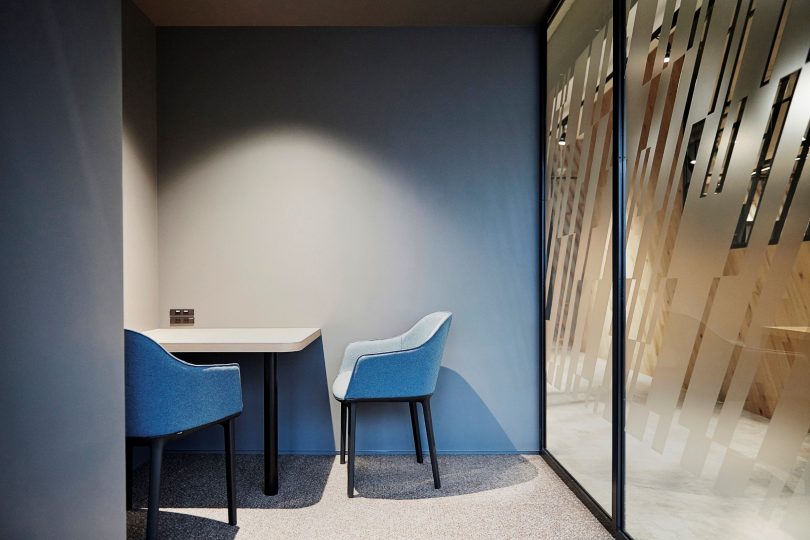 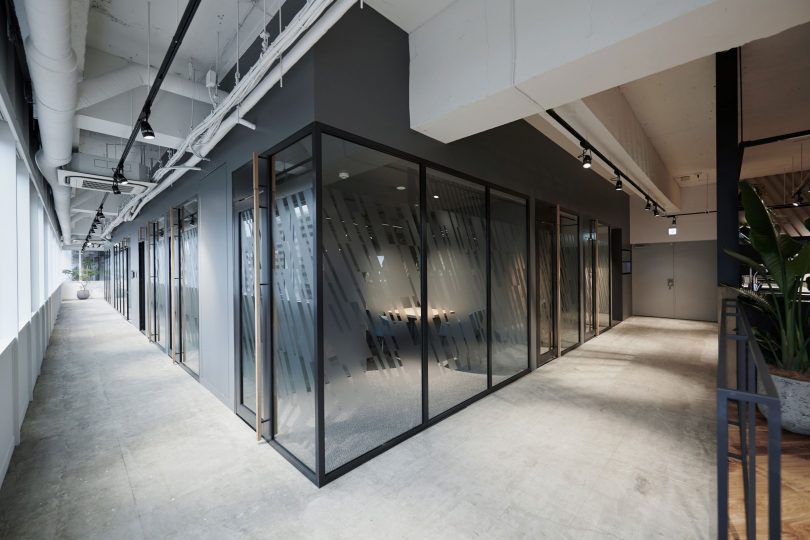 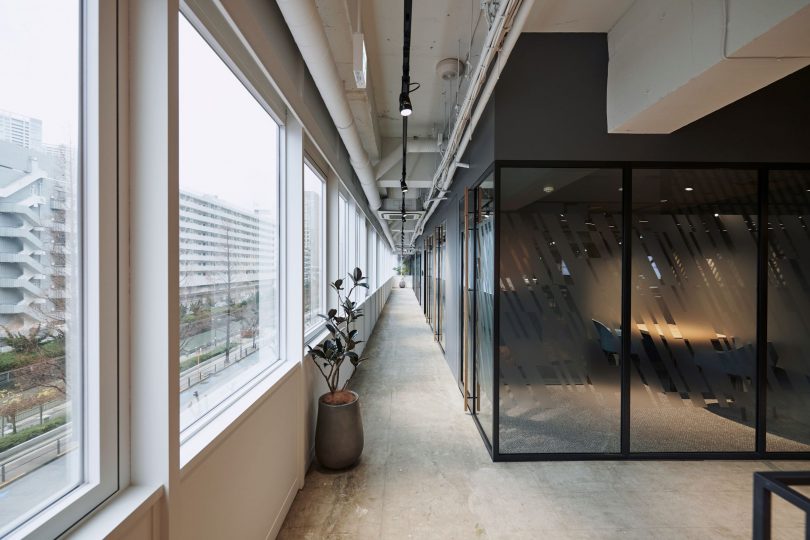 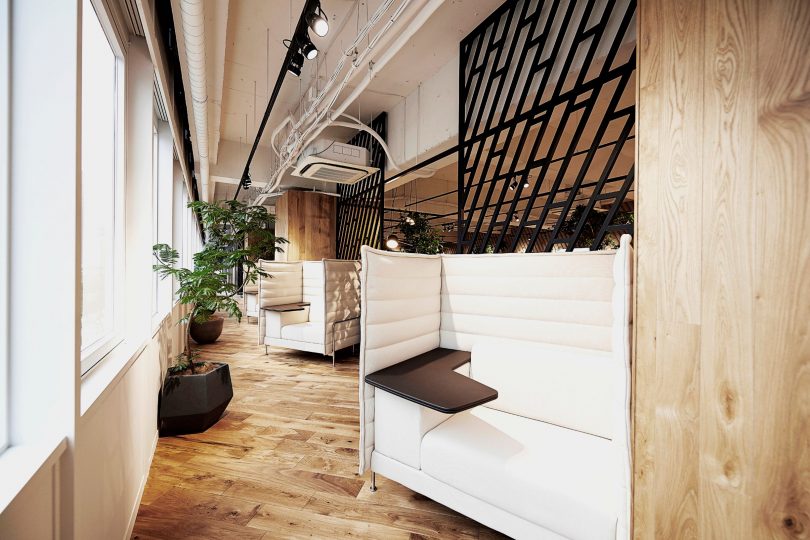 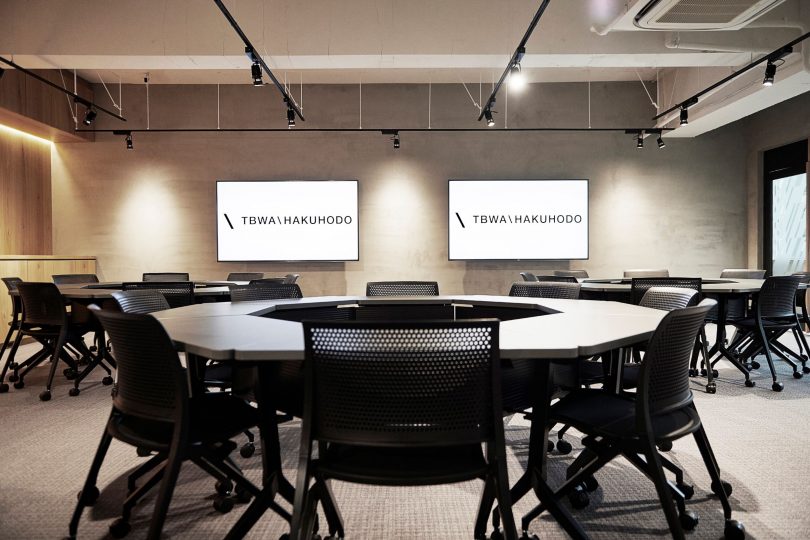 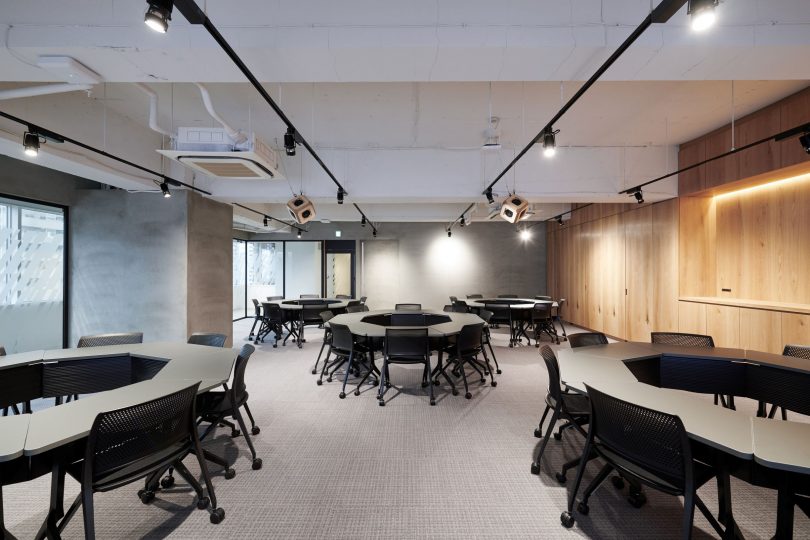 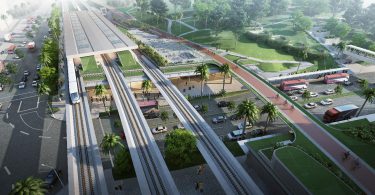 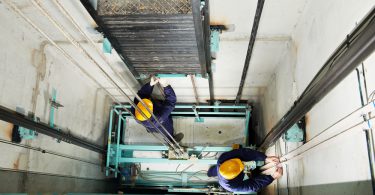 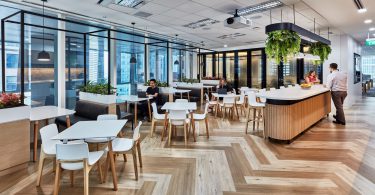 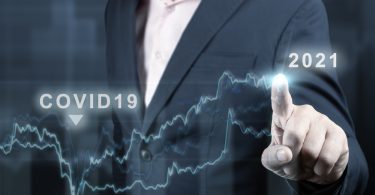 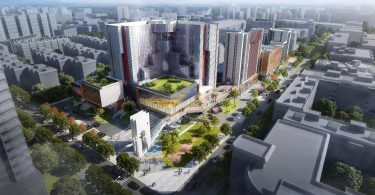 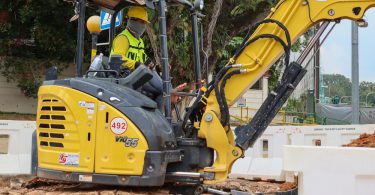