Rain and wind are undiscovered potential energy sources in tropical countries. Being renewable natural resources, there is great potential in harvesting energy from the rain and wind in Singapore.

Currently, researchers are harvesting rain power at an extremely low efficiency—about 0.1 per cent of a theoretically possible 100%. The team from National Junior College hopes to do better with their rain and wind harvester prototype.

This lightweight, space-efficient, portable and environmentally-friendly machine is able to harvest the kinetic energy of the rain and wind at a higher efficiency – with values exceeding 1.2 volts.

The motor that converts kinetic energy into electrical energy is stationary and attached permanently to the stand at the back. Electricity would then be generated from the spinning panels attached to the front of the rotatable motor.

The panels that collect both rain and wind energy would be attached to the thinner front part of the motor, allowing for the rain to drop on the right-side panels and for wind to cause the panel to rotate in either direction. Biodegradable disposable plastic plates were used to make the panels because of its low density and low inertia, making it easier for it to turn with even small amounts of rain and wind to generate electricity.

The shelter, which is also made of biodegradable disposable plastic plates, aims to cover the left-hand side of the panels, preventing raindrops from falling on both sides of the panels so that the turning moment of panels in a single direction would not be hindered. A PASCO wireless Voltage sensor is used to measure the electrical power generated.

One of the main challenges in developing this project was trying to predict the rainfall and wind speeds to test the prototype. Hence, in order to obtain preliminary results, rainfall was mimicked using a watering can from the second level. However, that is not the best representation of Singapore’s rainfall due to the difference in droplet size and height from which the rain falls.

In developing this project further, this product can be connected to a capacitor or battery so that the amount of electrical energy generated can be stored and directly used to power devices. This reduces its dependence on unpredictable weather conditions as well as inefficiency due to inconsistency of the electricity generated.

Other variables can also be changed to test for the efficiency of electricity generation, for example the shape of the panel, number of panels and material of panels.

This student project emerged second runner-up in the secondary school category of the Energy Innovation Challenge 2018, a highlight of National Engineers Day organised by The Institution of Engineers, Singapore. — Construction+ Online 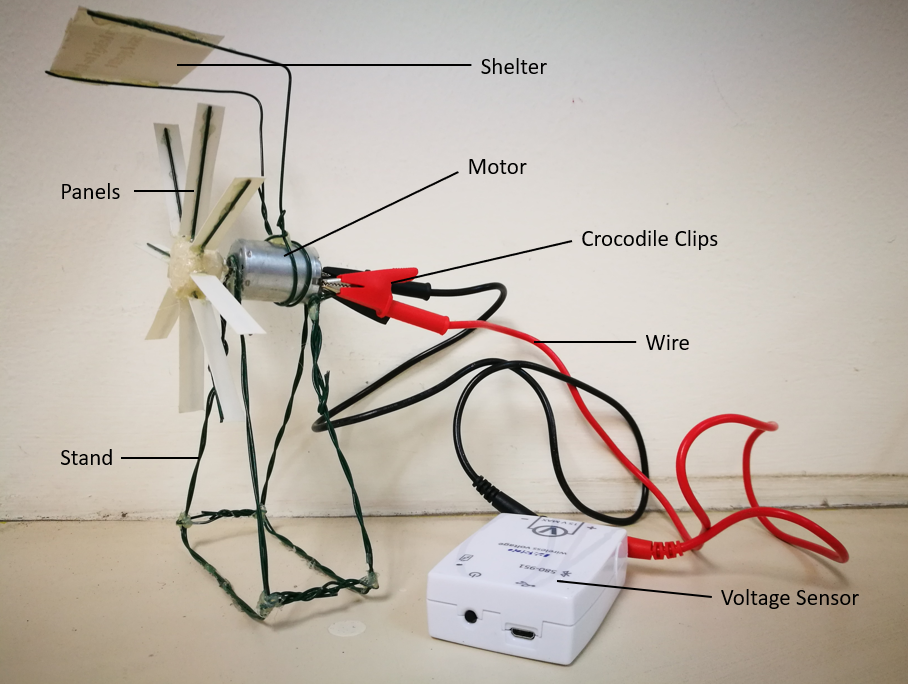 Diagrammatic representation of proposed design of the ‘Electrain windmill’ 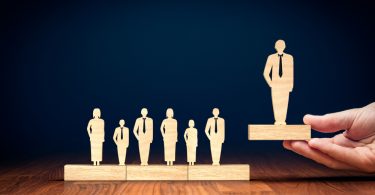 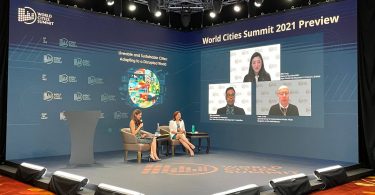 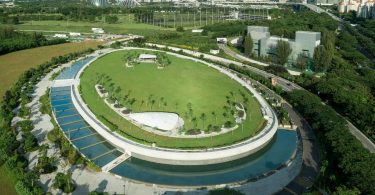 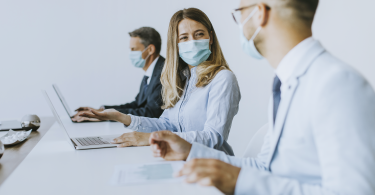 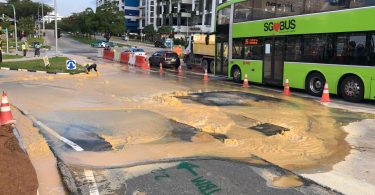 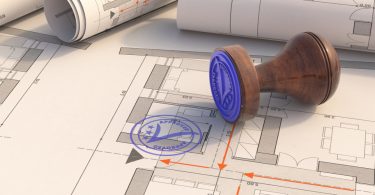