LEARNING ABOUT GREENING
In the Diploma of Integrated Facility Management course at Temasek Polytechnic, students learnt all aspects of managing different facilities. Sustainability is one of the key tasks for the facilities management (FM) profession these days. The project was strongly related to a module that the students have learnt during their Year 2, which was Sustainable Facility Management (SFM).

The subject highlights the roles of facility management in helping buildings meet sustainability goals of reducing carbon footprint and emissions of buildings that are considered as assets and properties under their management. In class, students learnt about the different policies and practices that FM should implement to achieve the said goals. It also describes the framework and strategies that can be used to achieve Greener results from inception, design, construction to operational stage of a building.

An overview of the various local and international standards and/or rating systems that can be used to gauge the attainment of the sustainable goals was also taught to the students. The end results required the students to apply these measures using the Building and Construction Authority’s (BCA) Green Mark Scheme (Existing Buildings) as a guide for a fictitious non-efficient building to make it more environmentally sustainable.

KNOWLEDGE APPLICATION
The fictitious building lacks real occupants and building limitations so the process is easier. The Greening of an existing building is more daunting as there are bound to be disruptions to the daily operation. With the acquired knowledge and wanting a real place to apply and practise the knowledge, the students went back to their alma maters for their final year projects, wanting to make a real contribution and bring about awareness to the younger generation on environmental sustainability and what every individual can do within their means.

The theories and concepts acquired in school were applied in real-life technical work for the schools that have agreed to come on board to allow the students to assist them in attaining Green Mark Certification. The process started with the students conducting a gap analysis to determine the potential points that the schools could score after checking on the existing facilities and educational programmes.

ASSESSMENT CRITERIA
The students have used the following criteria to assist the schools:

The students familiarised themselves with the usage of measuring equipment that had never been used before in class. The equipment was used to get certain values such as the lux level from light fittings and measurements of the rooms using distance meters, as well as check on the relative humidity in air-conditioned rooms.

The students also got to identify the different light fittings and differentiate energy-efficient fittings from the rest.

It was after this process that they proceeded to provide and implement recommendations for their schools so as to achieve the expected level of Green Mark Certification. Ultimately, the recommendations that the students propose will also help to raise Green awareness among all the occupants. As ex-students of the schools, they have examined their own schools in a different way as they assessed the orientation of the schools and the specification of the air-conditioning units.

As some of the schools lacked a Green corner, the students also helped out from the design to construction stage. Software, such as building information modelling (BIM), was used to design and help school staff and leaders conceptualise what the new areas would look like. Thereafter, budget was requested to materialise the design.

SHAPING THE GREEN WORKFORCE
The programme is well-received by students from the schools and the community. BCA piloted this programme with Temasek Polytechnic and became the mentor for the students. Guidance and mentorship were provided to help the students learn more.

In September 2016, the programme was officially launched as the Back to School Programme, and further expanded to other polytechnics and universities so that more schools could benefit from it. Students who were in the programme also won the IES Prestigious Engineering Achievement Awards 2017 (Special Award) for their contribution. In the same year, the programme was also recognised by APEC and received a Gold ranking (most prestigious) in the 2017 Energy Smart Communities Initiative (ESCI) Best Practices Awards Programmes for its innovative approach to Green schools. That aside, the programme also gives students a glimpse of the built environment and grooms the next generation of Green-collar workforce in the process.

Participating schools see themselves as being more aware of their processes and operation. There is more in the curriculum to inculcate the mindset of sustainability in the students. They were also comforted that the alumni have made significant contributions in a meaningful way. The students who are in the project have gained meaningful and beneficial experiences that are closely related to their course of studies. They have learnt to create both tangible and intangible benefits while managing facilities.

The once classroom theories that the students examined have become real-life knowledge that they have applied in their own schools and the results could be quantifiable by the number of schools that they have helped achieved the awards. Since 2015, Temasek Polytechnic students have helped more than 21 schools on their Green journey.

OVERCOMING CHALLENGES IN GREENING SCHOOLS
Sustainability is not a key area that schools focus on. Like other building owners, the building is something that they reside in but pay little attention to. The lack of awareness on environmental sustainability results in wasteful processes and operations. There were more schools that the students have previously approached, but the schools did not see the value in embarking on this exercise. They deemed the process of sustainability as cumbersome and expensive. They also felt that their teachers had too much on their plate and the limited resources should be used for other tasks that were of a higher priority. As schools do not have the capacity of budget since their funds come from the ministry, it was also particularly difficult for them to effect changes within a short period of time.

Most schools that were on board the project had limited knowledge on the technical know-how. They were not aware of different specifications in lighting and air-conditioning that would affect their energy consumption. To the built environment, the changing of a T8 electromagnetic fluorescent light to a T5 electronic fluorescent light could generate savings, but this had limited bearing on the schools as they were just two different types of lights serving similar functions. The knowledge gap was in the failure to see that the energy consumption has decreased from 45 to 40 watts. The 5-watt decrease from each fluorescent light could sum up to sizable savings in total. Typically, there are usually 27 fluorescent tubes per classroom and adding up all the classrooms, it will translate to more savings.

Like other existing buildings, schools also queried on things that they could not change or were not within their control. For instance, some schools had undesirable building orientation. Based on the project, most of the schools had usable areas such as classrooms facing either the east or west façade, which are exposed to more sunlight as compared to other directions. This would cause the occupants to experience warmer daytime temperatures, especially during 11am to 3pm when the temperature is usually at its peak. Therefore, more energy would be required to cool down these rooms using either additional fans or air-conditioning, as compared to the classroom of a school that is facing neither the east nor west direction.

A GREEN JOURNEY
The students felt that the whole experience is meaningful as they were able to get the opportunities to learn about the various ways and means that they could use to play a part in saving the environment and helping the schools to obtain Green Mark Certification. It also drives across a point that sustainability has no age limits and anyone at any age can do their part.

During this certification process, not only did the students look at the hardware and technology of the building, but also how the schools educate and raise awareness for environmental sustainability among the users of the buildings. The schools leaders, staff and students, who are not in the built industry, often examined the Green Mark criteria, followed closely on the rationale behind it and set out to do their part for sustainability and reducing carbon emissions.

The education of the students and staff has played a major role in obtaining Green Mark Certification for the schools because the criteria emphasise strongly on education. This is lacking in the built environment as not enough is done to change the behaviour of the people. While the hardware of the building can translate to energy savings, the processes and behaviour of the occupants can do much more. A recycling bin does not serve its full functions unless someone knows how to recycle and will recycle. The air-conditioner can be highly efficient, but there will be wastage if it is turned on when no one is in the room.

This whole process of getting old school boys and girls to help out is nothing fanciful or innovative. Alumni have helped out in schools before and while some have come for monetary purposes, others have provided in kind. Sustainability is a new way to pay it forward. Started in 2015, the programme has been sustainable and replicated itself to reach out to more people. The Green journey for schools in Singapore has just started and it is a continuous journey that the future leaders must take stewardship in. 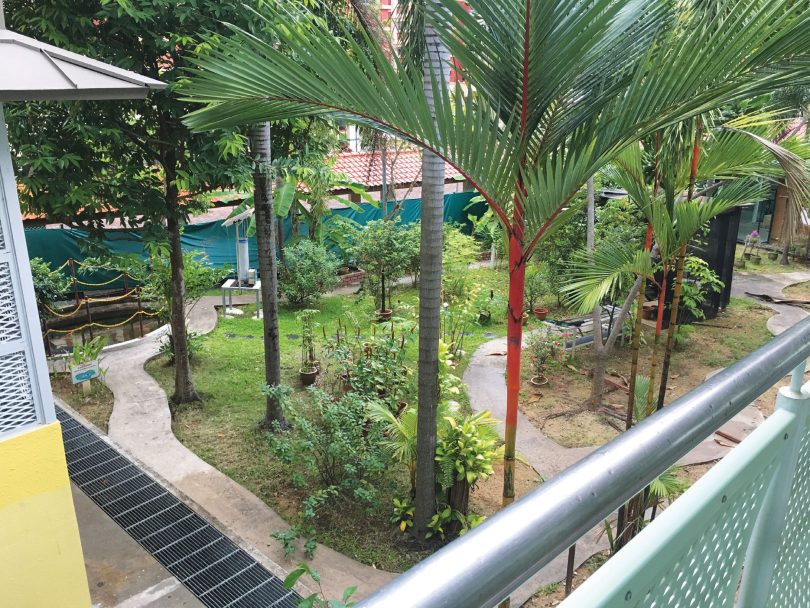 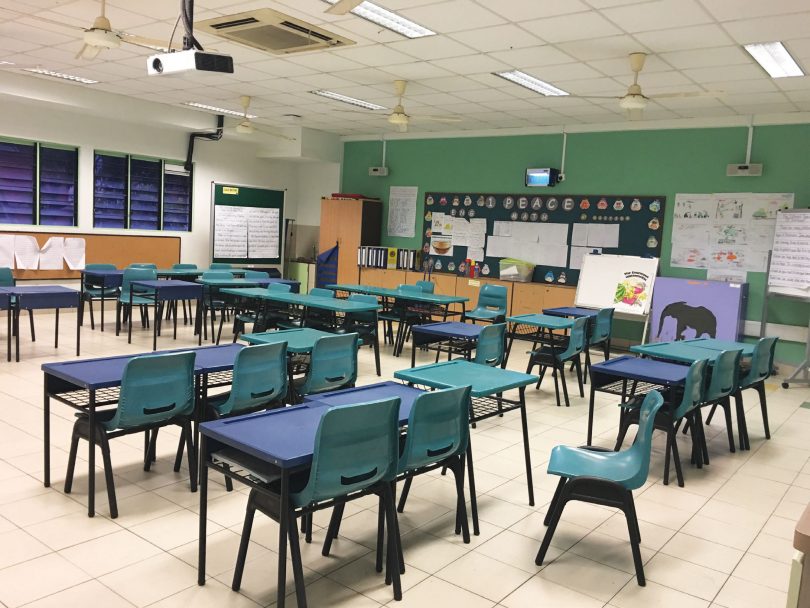 Most schools were made aware of different specifications in lighting and air-conditioning in the classrooms, and how these would affect their energy consumption 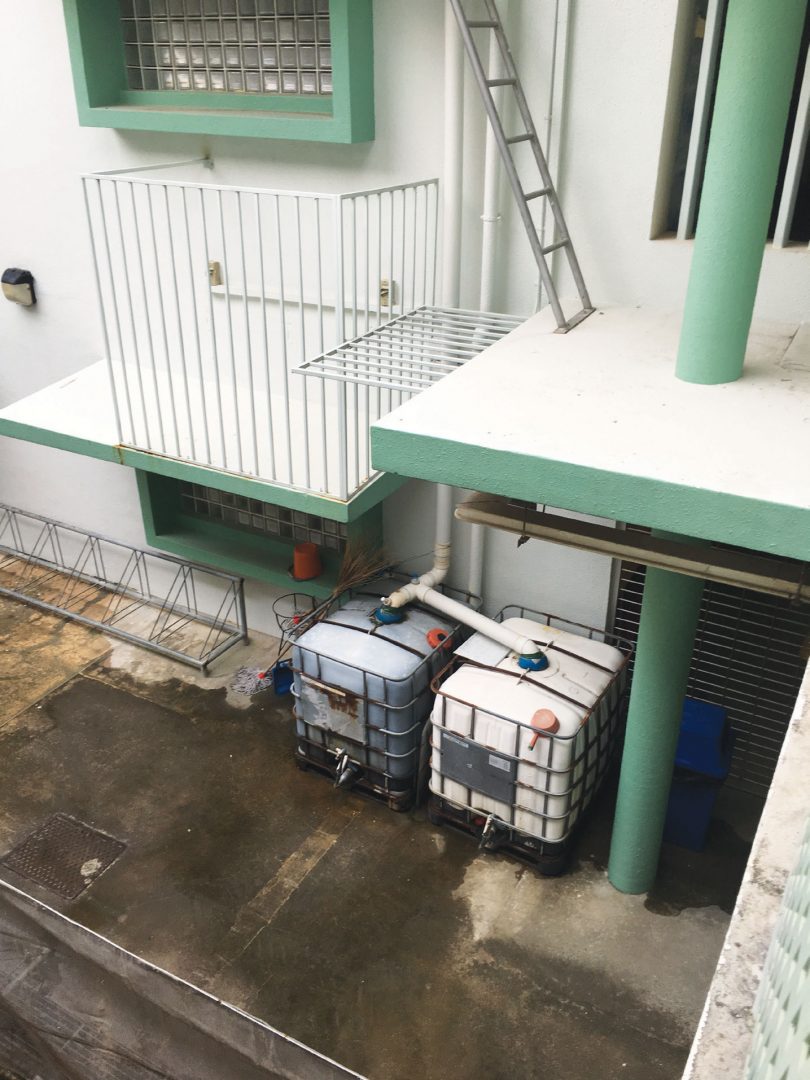 Rainwater harvesting is one of the techniques used to Green schools 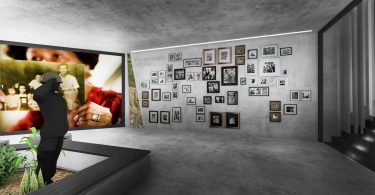 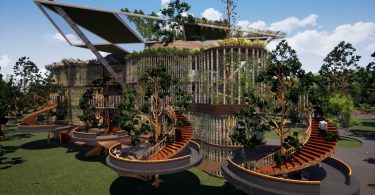 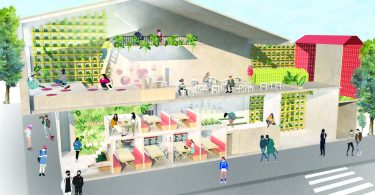 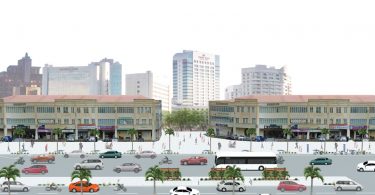 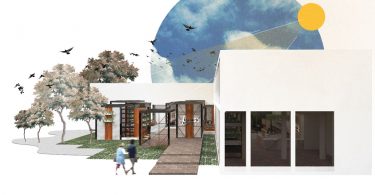 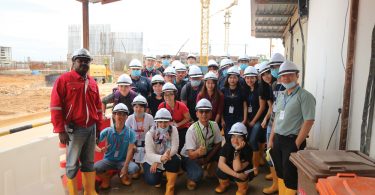