Singapore, 26 November 2021 – Housing Development Board (HDB) has announced the conceptual development plans for a new housing estate, on a brownfield site largely comprised of the former Old Police Academy (OPA) site in the Mount Pleasant area. When fully developed, the new 33-hectare estate will provide about 5,000 new homes and add to the good geographical spread of public housing to meet the different needs of Singaporeans, including young families who want to live near their parents for better mutual care and support. The plan is to launch the first Build-to-Order (BTO) project of the new housing estate within the next five years.

Bounded by Thomson Road and the Pan Island Expressway (PIE), the site of the new housing estate, which includes the OPA, has been earmarked for residential development in URA’s Master Plan since 1998. It is situated close to established housing areas such as Toa Payoh. Future residents will be well served by the Mount Pleasant MRT station on the Thomson-East Coast Line (TEL), which will open in tandem with the completion of public housing developments in the area. 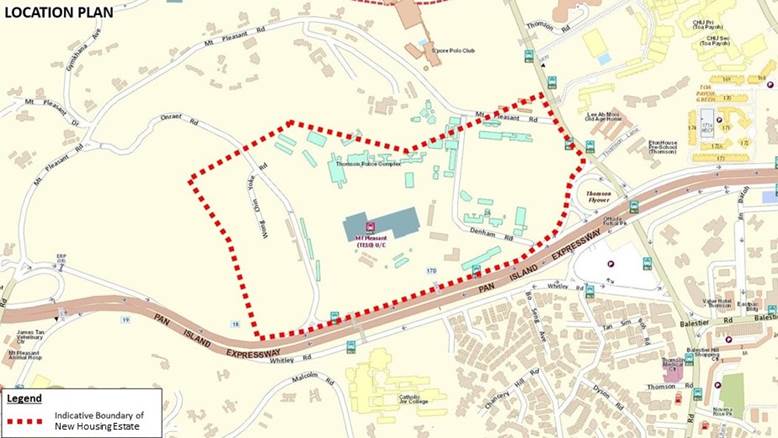 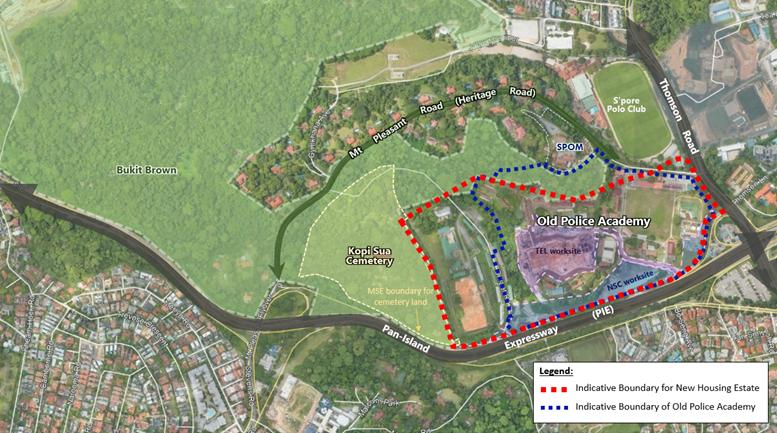 Characterised by hilly terrain, the site of the new housing estate is an area with rich heritage, being home to the OPA and pre-war black-and-white bungalows. It is also close to Bukit Brown and the Central Catchment Nature Reserve.

Given the scale and context of the site, a pilot detailed heritage study and an Environmental Impact Study (EIS) were carried out to assess the heritage and ecological value of the area, and guide HDB’s future development plans to mitigate the potential impact to both its natural and built environment. The agencies also consulted various stakeholders such as heritage and nature groups, as well as the police community on the proposed development plans. Based on the EIS findings and their feedback, the plans have been carefully adjusted to ensure that the new housing estate would be sensitively integrated into its environment, for example, by containing the development and its supporting infrastructure largely to the brownfield area to minimise environmental impact. The reports from both studies have been published on HDB’s website for public feedback as well.

The design of the new housing estate will weave in the rich tapestry of heritage and nature in the area. Broadly, these include the retention and adaptive reuse of selected heritage police academy buildings and reinterpretation of key spaces in OPA, such as the former parade ground, to integrate memories with new living spaces. The neighbourhood centre will be designed to be open, green and low-rise, with community spaces for residents to interact and bond.

The OPA, which will be redeveloped to comprise a large part of the new housing estate, presented Urban Redevelopment Authority (URA), HDB and National Heritage Board (NHB) an opportunity to pilot a large-scale detailed heritage study to provide an independent and detailed evaluation of the heritage significance of the site, the potential impact of development, and the proposed mitigating measures. The extensive study was conducted between August 2018 and September 2019. This additional layer of external assessment provided agencies with a more holistic understanding of the significance of the buildings, architectural design features and spaces at the OPA. It also allowed agencies to better consider the trade-offs of the proposed plans, and develop the strategies and appropriate measures to sensitively integrate heritage elements with the new housing estate.

HDB, URA and NHB have thoroughly considered the findings of the detailed heritage study and feedback from the heritage community and stakeholder groups such as the Heritage Advisory Panel (HAP)and the Heritage and Identity Partnership (HIP), All Things Bukit Brown (atBB) and the Singapore Heritage Society.  Since 2016, SPF has also been engaging the larger police fraternity including in-service, retired and Police National Service officers who are well-acquainted with the history of the OPA, to assist in the documentation of the sites and to seek their ideas on sustaining and celebrating the heritage of the institution.

Based on the findings and feedback, agencies will retain four buildings in the OPA (Blocks 1, 2, 27, 28), considering their assessed heritage significance. These will be meaningfully adapted for new contemporary uses while retaining the physical buildings. In addition, a part of the parade square will be retained as an open space within the new housing estate.

For buildings or spaces that cannot be retained in their entirety due to development needs or technical constraints, HDB will explore various strategies to retain and keep the heritage significance of these spaces. These include referencing their architectural elements in new developments where feasible, as well as exploring the possibility of retaining physical elements of the key sites in the OPA, and incorporating them into the new housing estate as street furniture or markers. HDB and URA will carry out photographic documentation to capture the key buildings and spaces that cannot be retained.

Outside of the new housing estate, URA has also identified two other buildings (Blocks 13 and 153) which will be retained. Block 153 will retain its current use as the Senior Police Officers’ Mess, while the future use for Block 13 will be further studied. Together, these six buildings are assessed to be the most representative of the Police’s historical, social and architectural heritage in the area.

New workgroup to be formed with heritage groups, HDB and SPF

In agencies’ earlier engagements with the heritage community, there was consensus to work towards integrating the four heritage buildings within the design of the new housing estate. Dr Venka Purushothaman, Deputy President and Provost of LASALLE College of the Arts and member of the HIP said, “I am delighted that key heritage buildings of the OPA will be kept. It is important that heritage elements are incorporated into the new estate for everyone to develop a rich appreciation of the history of police in Singapore. Such integration of heritage into 21st-century public estates demonstrate a deep conviction to identify heritage not as a matter of the past but a pier into the future. This development will resonate well with Singaporeans.”

HDB and SPF will jointly lead a new Workgroup involving URA, NHB, as well as members of the police fraternity and heritage consultants, to focus on how the rich heritage of OPA can be preserved and incorporated into the future residential parcels and design of common/park spaces, prior to the commencement of works. Chaired by Minister of State for Home Affairs and National Development Dr Muhammad Faishal Ibrahim, the Workgroup will discuss ways to enhance the distinctiveness and identity of the estate, such as through proposals for new road names related to the police heritage.

The new housing estate will sit on a brownfield site and will require minimal clearance of existing vegetation. To better understand the existing ecology of the area and manage any potential impact of the development to its immediate surroundings, HDB commissioned an EIS in Jan 2019 covering the area of the planned housing estate (33 ha) as well as its wider surroundings beyond the development site. This larger Study Area is bounded by Mount Pleasant Road to the north, Bukit Brown to the west, Thomson Road to the east, and the Pan Island Expressway (PIE) to the south. It covers a total area of approximately 71.6 ha. Besides assessing biodiversity, the EIS also studied physical environment parameters such as hydrology and water quality. The study found that the site is composed of predominantly abandoned-land forest and managed vegetation, including landscape and streetscape plantings, green verges, and managed lawns. Together with three streams within the site, i.e. a partially-naturalised stream (Stream 1) and two naturalised streams (Streams 2 and 3), as well as two stormwater drains, they provide a variety of habitats for fauna.

Following the conclusion of the EIS, HDB had engaged nature groups to refine the plans for the new housing estate to further minimise the potential impact to the environment. In particular, the proposed road network, meant to support the travel needs of future residents, was adjusted so that the surrounding greenery in Bukit Brown and the adjacent Kopi Sua Cemetery would not be affected. Two out of the three streams in the area would also be fully conserved, with the third stream partially conserved.

The road network requires two access points—one from the existing Onraet Road off PIE and one from Thomson Road to provide accessibility for the new housing estate. Based on the original plan, the access point from the PIE would be via a new slip road that would cut through Kopi Sua Cemetery. Taking into consideration the EIS findings, HDB, in consultation with LTA, has revised the plan for the road network to instead take access via the existing Onraet Road off PIE instead. With the adjustment, we will now be able to avoid affecting Kopi Sua Cemetery, as well as two of the three streams (Streams 2 and 3 as shown in the plan below). We will also be able to conserve about one-third of the upstream portion of Stream 1, where there is richer biodiversity. HDB will study how best to divert the downstream portion of Stream 1 and integrate it with the urban drainage network to facilitate flood control, while at the same time, maintaining the hydrology of the upper part of the stream.

Based on the original plan, the access point from the PIE would have been via a new slip road that would cut through Kopi Sua Cemetery.

Taking into consideration the EIS findings, the road network has been revised to take access via the existing Onraet Road off PIE. With this adjustment, the graves at Kopi Sua will not be affected. Two of the three streams (Streams 2 and 3) will also be fully conserved.

In addition, HDB will carry out other mitigating measures to minimise the potential impact on flora and fauna in the surrounding areas. These include planting more trees along the edge of Bukit Brown to serve as a natural barrier to light and noise, and to filter vehicular emissions that may be harmful to animals. We will also phase clearance activities to avoid the bird breeding season, as well as set up tree protection zones to protect large trees. In developing the estate, we will put in place an Environmental Monitoring and Management Plan (EMMP) to ensure the effectiveness of the mitigation measures, and to closely monitor and manage any potential environmental impact arising from the infrastructure and building works.

Dr Shawn Lum, Senior Lecturer at the Nanyang Technological University’s Asian School of the Environment, and President of the Nature Society (Singapore) said, “The new housing estate will sit between a mature estate and major roads on one side, and a rich nature area on the other. In the discussions with nature groups for this site, the conversations ventured beyond risk mitigation measures to focus on how nature can be made a feature of the new development and become a defining character of life. In many cities in the world, only the wealthiest have the space and greenery to access urban nature. The new housing estate has the potential to set new standards for experiencing nature in a public housing estate.” 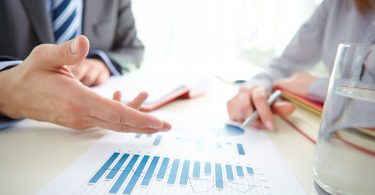 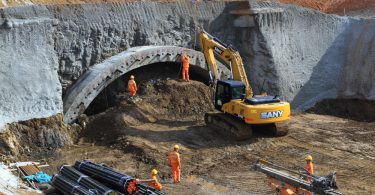 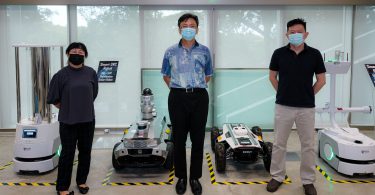 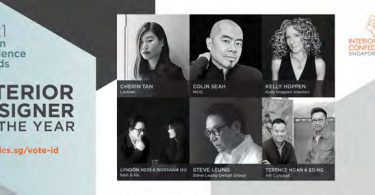 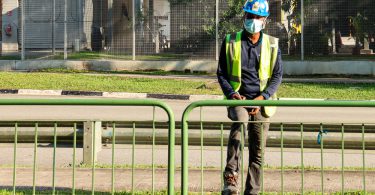