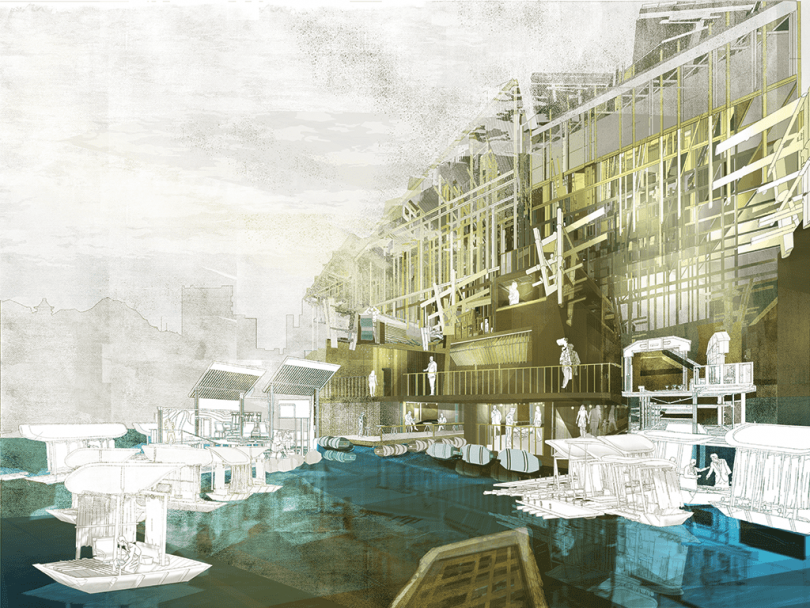 Hangzhou polluted with heavy and thick smog contains PM2.5 particles over 200 days a year. The project metaphorically functions as a litmus paper exposing, filtering and sequestering pollution from the congested city of Hangzhou. The recent host of the annual G20 summit, the Chinese government, used drastic measures to promote Hangzhou’s green agenda for two days. The measure includes the evacuation of a quarter of the city’s population. My objective is to summarise a physical manifestation of a low-carbon; a livable village that regular hosts G20 events on improving the urban and social fabric of China.

The modular roof system utilises a range of traditional Chinese forms of constructions and new interventions that purify, expose and neutralise dust pollutants seep into the developing city center. The envelope acts as a visual barometer of pollution of Hangzhou’s developments and revitalises the border to provide a point of cohesion between different demographics of the city. Floating devices reveal intimacy during communal living, but during diplomatic meetings would be hidden to give space for security and protective measures. Special events where the two demographics overlap with banquets along the West Lake, where residents can interact and integrate their daily living on festive occasions. 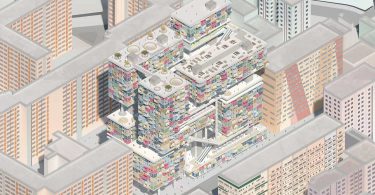 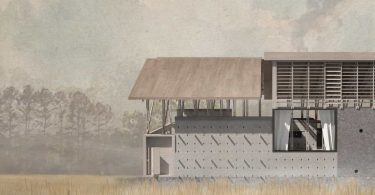 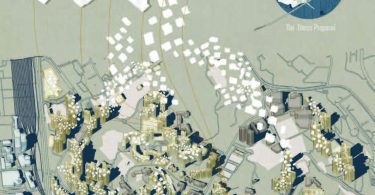 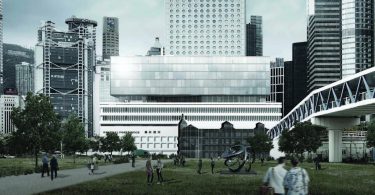 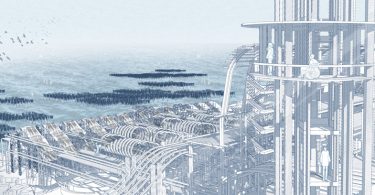 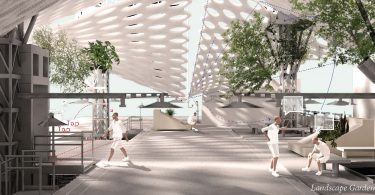