Eight projects have been selected as winners in the AIA Design Awards 2016. NG TENG FONG GENERAL HOSPITAL
By HOK International (Asia/Pacific) Ltd.
Honour Award for Architecture
The Ng Teng Fong General Hospital (NTFGH) will be the first regional hospital in Singapore to be built together with a community hospital from ground up to bring about seamless integration for right-sizing of care. Managing the two hospitals almost as one will ensure a coordinated approach to aligning vision, objectives, manpower, patient records, shared facilities and patient care plans. These efforts will translate into more cost-effective and affordable quality healthcare.

Providing patient-centered amenities and sustainable design were the focus during planning for the healthcare hub, which includes the eight-story NTFGH Clinic Tower, the 12-storey NTFGH Ward Tower and the Jurong Community Hospital.

The sustainable strategies create a facility that functions like a vertical healing garden. The design team was challenged to provide a window for every patient. Innovative fan-shaped floor plans made this possible in the NTFGH Ward Tower. The individual windows and views of sky gardens, located on every floor, promote healing environments for patients and visitors while maximising natural daylight and improving ventilation without the use of air conditioning.

The resulting patient room layout of staggered beds and garden clusters accessible to all is unique in global healthcare design. The healing power of sunlight, fresh air and plantlife has never been so uniquely used.

The jurors found the project impressive and refreshing, as it was almost unrecognisable as a hospital. They admired the designer’s attempt to break out of the ‘institution box’ by questioning and centering the design from the perspective of the patients. As a result, a piece of unique and humanizing architecture was created. The tower’s massing is geometric and refined. Its ‘great window’, a sloping surface occupying the top third of the building, faces Nanchang’s Old City to the west. Triangular fins that trace their way up the four faces of the tower not only provide a distinctive texture, but also ensure a better performing building by helping to mitigate heat gain.

At ground level, a grand public courtyard creates a variety of spatial conditions for pedestrians, office tenants, and hotel guests. The building’s podium contains retail space and on its roof, graceful outdoor terraces with spectacular views. The cohesiveness of the site makes it a nexus for the area—it proves a much-needed public space that, in turn, creates greater value for the client and for the community.

The jurors liked the project for it was a tower that focused on the ground. The tower itself was well designed with a special façade that enhanced its proportion, but the jurors were more impressed by the urban approach at the ground level especially the way the courtyard podium related to the surrounding and landscape. Whimsical treatment of the bay windows

THE HEMISPHERES
By CL3 Architects Ltd.
Merit Award for Architecture
The Hemispheres is a high-rise residential tower consisting of 119 units. It is located in the Tin Hau area with close proximity to Victoria Park. It has 31 storeys, including three levels of podium, which the clubhouse is located on the second floor, and mechanical rooms occupied the first floor respectively. The unit types are mainly one- to two-bedroom units with size ranging from 26 to 45 square metres. The top two levels are special executive floors, which only three -bedroom units (80 square metres) are provided. The clubhouse has myriad of facilities, including gym, spa, director’s club, outdoor landscape garden and barbecue area.

The project demonstrates compact living in the urban environment, making use of nature, greenery and natural ventilation. Large folding doors allow cross ventilation through the clubhouse to the open terrace at the rear. The façade design features bespoke angular-shaped balcony with bifolding door system, which allows users to fully open the entire width of the living space. Another utility balcony can be found in the back of typical units to allow cross ventilation in the compact living space. Open kitchen concept is implemented in all units as it allows better ventilation and more sunlight penetration. Also, large glazing openings are incorporated in the kitchen and bathroom areas to capture the Victoria Park view.

The jurors thought the project had demonstrated the architect’s control and skills in creating a coherent design. The jurors enjoyed the wholistic and rigorous design approach for the façade and plan, and also the whimsical treatment of the bay windows which was designed as architectural feature of the building. THE PARK LANE HONG KONG, A PULLMAN HOTEL
By CL3 Architects Ltd.
Merit Award for Interior Architecture
A hotel built in 1974 with 800 rooms, The Park Lane recently came under the Pullman management. A total re-branding requires the designer to reinvent the arrival experience including the porte cochère, entrance, lobby and lobby lounge. The design results in a young, open and welcoming experience by blending these zones into one visually open environment. Consistent column treatment of internally lit glass columns coupled with new external glazing tie the outside to the inside. Exposed ceiling, mood lighting, designer furniture and a lobby lounge with a bar/pantry focus give an energetic and spacious ambience. The reception, which handles 800 guests daily on average, is clustered into five check in/out islands. Wall treatments in the formed of stacked luggages dramatise the space. The bar lounge with various furniture groupings is an interactive social place.

The jurors admired the skills and control of the architect for transforming this old business hotel lobby into an upscale, elegant and hip space. They felt that the design redefines the idea of a contemporary hotel entry for Hong Kong. It explores how the entry sequence and spaces can be redefined using various materials and techniques, and sets a high standard for future hotels. The bistro is a natural venue for staff to relax, socialise and work in a casual environment. Natural accents extend to the light fixtures’ leafy motif.

GTB SHANGHAI OFFICE
By M Moser Associates Ltd.
Merit Award for Interior Architecture
The hallmarks of nature and healthy living inspire creativity and collaboration in this distinctive new office for GTB in Shanghai. Much of the design’s impetus came from its location away from GTB’s previous office in central Shanghai. With retaining existing creative staff and recruiting new members a priority, GTB was determined to create a work environment that supported a healthy lifestyle and work-life balance. WELL certification for the design would underline its focus on ‘human sustainability’.

Obvious manifestations of this approach include the lush green wall in the staff bistro, a generously sized space that can be opened up to flow directly into an adjoining ‘flex room’. The result is a larger venue for regular staff social gatherings (kicked off every Friday by sounding a horn), events or town hall meetings.

Elements of the bistro, including the green wall and wood flooring, reappear elsewhere to give even work areas a touch of the outdoors. The work areas are wrapped against the glass curtain wall, giving them sweeping outside views and natural light during the day. Every few rows of benches are served by a ‘backyard’—an open break-out zone that serves as a natural venue for brainstorming, ad hoc discussions, or away-from-the-desk work.

Between the open work areas and the building core—itself ‘wrapped’ with enclosed meeting spaces—is a corridor loop whose 2.4-metre width and contrasting floor colour give it something of a running track feel. It is a design that ‘walks the talk’ of staff wellness.

The jurors appreciated the clarity and effectiveness of presenting the project’s ideas. They felt the space have been defined with creative elements that were more than decorative. The design explores a new paradigm for office organisation, using interweaving zones, collaborative spaces, and blurring boundaries between work and play. Based on a Chinese aesthetics and planning principle, the exhibition is laid in three main parts. In the centre and the focus of the exhibition are inspiration items forming a ‘runway’ leading to a large cylindrical shape display of 100 paintings suspended by a cable system. On the right are 12 plywood tables lit by wet market lamps, displaying archival materials describing the creative process. On the left is an art installation made of paper envelops. A screening room displays a short film documenting the built projects.

The jurors thought the project was well curated, and the elements in the exhibition helped transform the space into architecture. With the objects in the exhibition acting as building materials, the result is simple, elegant and effective. The project not only defines time, but also space. Through cascading the roofscape, the project allows smooth transition from the large commercial buildings on the southwest to the Sichuan Conservatory of Music and the human-scale residential buildings on the northeast. With careful planning, large commercial structures including the opera, theatre and concert halls, are positioned along the First Ring road, creating a formal edge. A pedestrian flow along the northeast edge creates a ‘flowing river’, while the mass terraces on the opposite side toward the formal edge become a campus connecting the formal edge to the informal school. An art-themed hotel anchors the northeast corner, which is accessible from the floating roof gardens as well as the drop-off area along the ground level.

The jurors felt that the architect was successful in creating a piece of urban architecture that involved building a park within a building, where the spaces were well organised; and the deliberate mixing of interior and exterior blurred the transition between architecture and landscape, creating an atmosphere that transcended the idea of a music hall. THE URBAN VOIDS
By Ping Jiang, AIA
Merit Award for Unbuilt Project
The design for Longfor Phase IV is intended as an exploration of high-density, mixed-use urban developments. Located in a vibrant central area in Chongqing and alongside 1st Avenue with an adjacent park at street level, the project comprises a single tower and associated podium integrated as an assembled stacked box-like volumes rising to 150 metres high, offering office space at higher levels and boutique retail areas at lower levels.

A central feature to the design is the incorporation of open space that rises through the centre of the lower portion of the project to create an ‘urban void’. This three-dimensional interlocking void space acts as the gravitational core of the project by which the interior architecture organises itself, stimulating movement and activity through the vertical space and offers a visual and spatial connection to the multi-level exterior terrain at ground level.

The design draws inspiration from the nearby countryside with its impressive natural karst formations along with the mountainous cityscape of Chongqing. This is coherently portrayed within the design, defining and articulating the overall composition and character of the building and creating an interactive dialogue between urban space and building interior. The project is currently at the schematic design stage and construction is scheduled for completion in 2019.

The jurors appreciated the urbanistic quality of the project where the overall mass of the buildings is broken up into smaller volumes on the street level that were nostalgic, and relates to the history of the city context. They also thought it was interesting to see the other volumes in different materials stacked to create the tower. 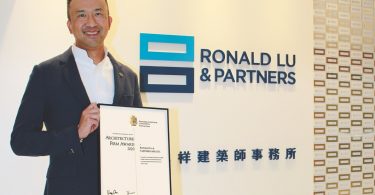 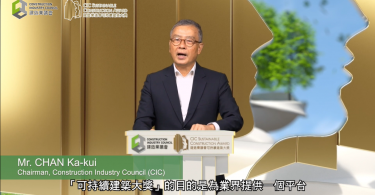 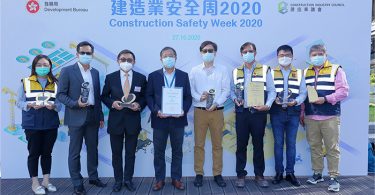 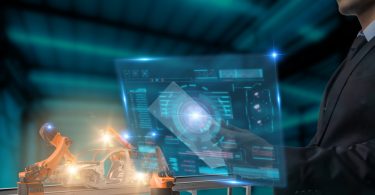