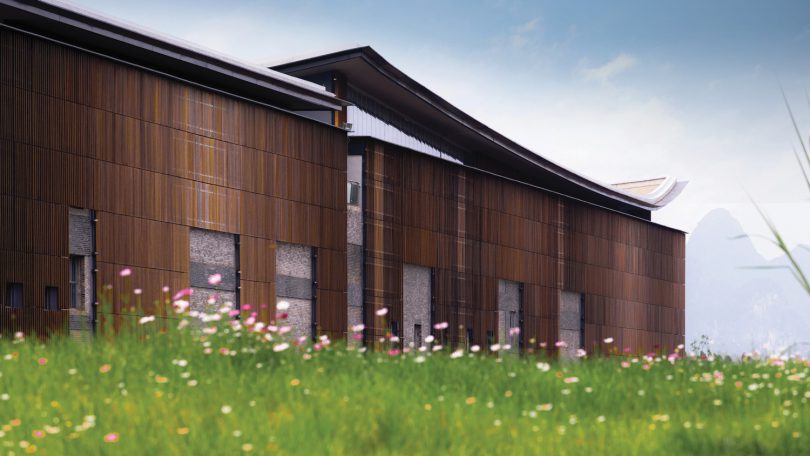 Integral—a sustainable and state-of-the-art spinning and garment manufacturing plant—is located near scenic Guilin in China’s Guangxi Province. The project reimagines how architecture, manufacturing and the natural world can exist together, providing a pioneering model of how businesses can create a balance between nature and humanity while simultaneously ensuring the industrial advancement of society.

In the past, textile and garment manufacturing was regarded as a traditional, low-tech processing industry characterised by stark, functional factory buildings and pollution emissions. The design of Integral is a world away from this old perception. Instead, it is a place where people, technology and the natural environment can exist in harmony.

A NEW TYPE OF CONSERVATION-LED DEVELOPMENT

The project is situated in a wetland area which was the site of a former brick factory. As the site was damaged by the brickworks, the original wetland was in poor shape. The architects sought to rehabilitate the site and turn this former manufacturing area into a new type of conservation-led development.

While manufacturing is still the focus of Integral, the site also includes a botanic garden with natural dye crops, as well as a wetland and eco-tourism functions, including an experience and learning centre which showcases how traditional labour-intensive manufacturing has been transformed by technology into a technologically advanced process that respects workers and embraces local culture.

The design of Integral began with studies of the site’s topography and geology. The history and culture of Guilin were also referenced, as were the area’s unique landscape features and contexts: reflection, layering, colours and textures. All these elements are tactfully revealed in the building massing and envelope design.

Next, the design team began restoring the original wetland landscape. Even before ground was broken, this over-exploited site was intentionally left alone for a year to allow nature to begin restoring itself. When new plant life sprouted and flocks of egrets arrived – this marked the true beginning of the project.

The guiding design principle was to retain as much of the site’s ecology as possible, including the bamboo groves, fishponds and wetlands on the north side of the site. The team placed the larger building blocks on the expansive dry area at the site’s south side, a place that had been degraded by the old factory’s excavation activities. The original lake was restored, with small-sized buildings situated along the lakeshore, designed to echo the design of the buildings to the south yet remain in harmony with the lake.

KEEPING UP WITH THE SUSTAINABLE VALUES

The highest point of Integral is only 22 metres in elevation. The design intentionally extended the main building horizontally instead of vertically, seamlessly integrating the large production workshop and craft centre with the natural environment. In turn, this makes the site’s greenery the main focus, with the buildings playing a supporting role in the overall aesthetic.

Elements of the local architectural language and culture appear everywhere, with distinctive blue bricks and bamboo panels used extensively in the buildings’ exteriors, including a large, semi-transparent bamboo curtain placed on the facade of the craft centre’s long blue brick wall to soften and break up the space.

A large percentage of the craft centre’s roof is also covered with green plants, which increases the overall greenery coverage and helps to insulate the building to keep indoor temperatures stable. Some of these plants belong to the rooftop farm, which will provide fresh organic produce for the staff restaurant in keeping with the project’s sustainable values. 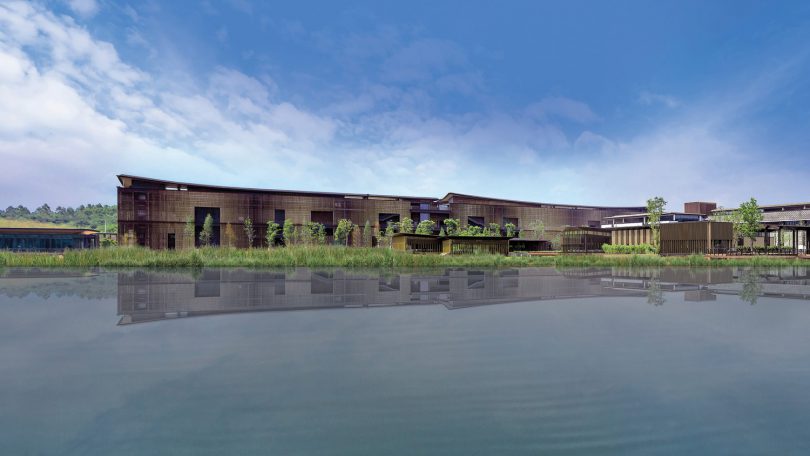 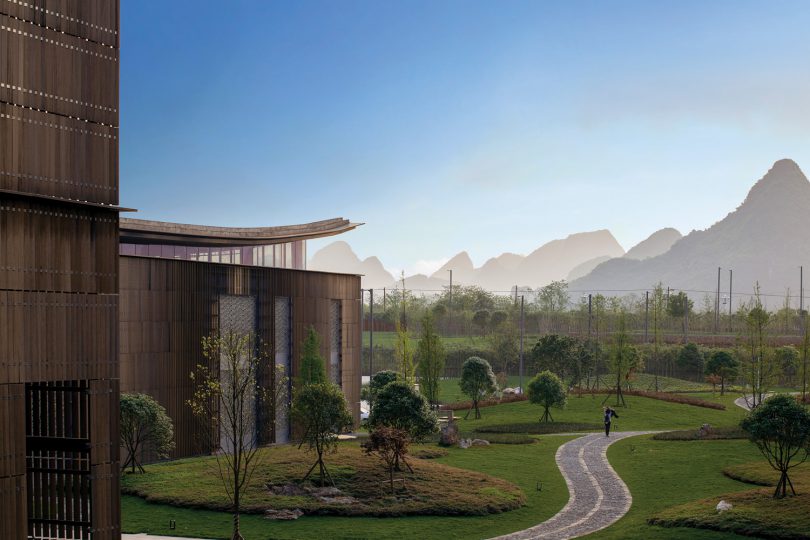 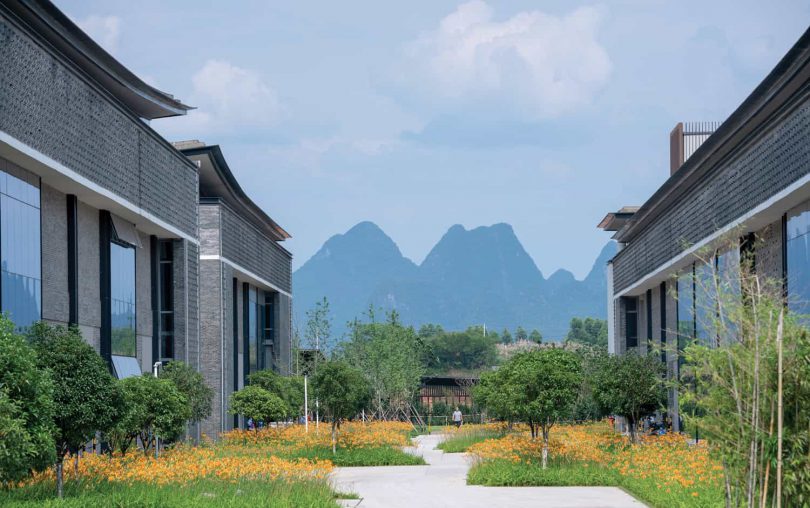 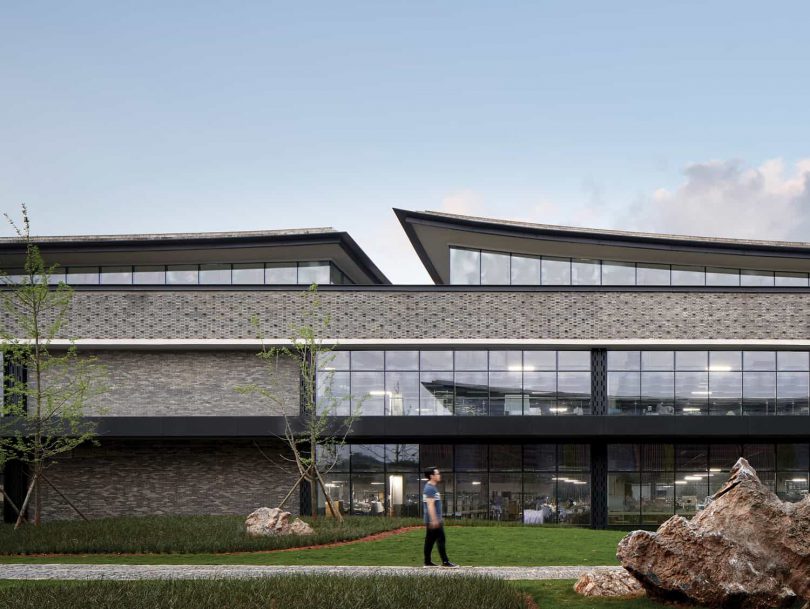 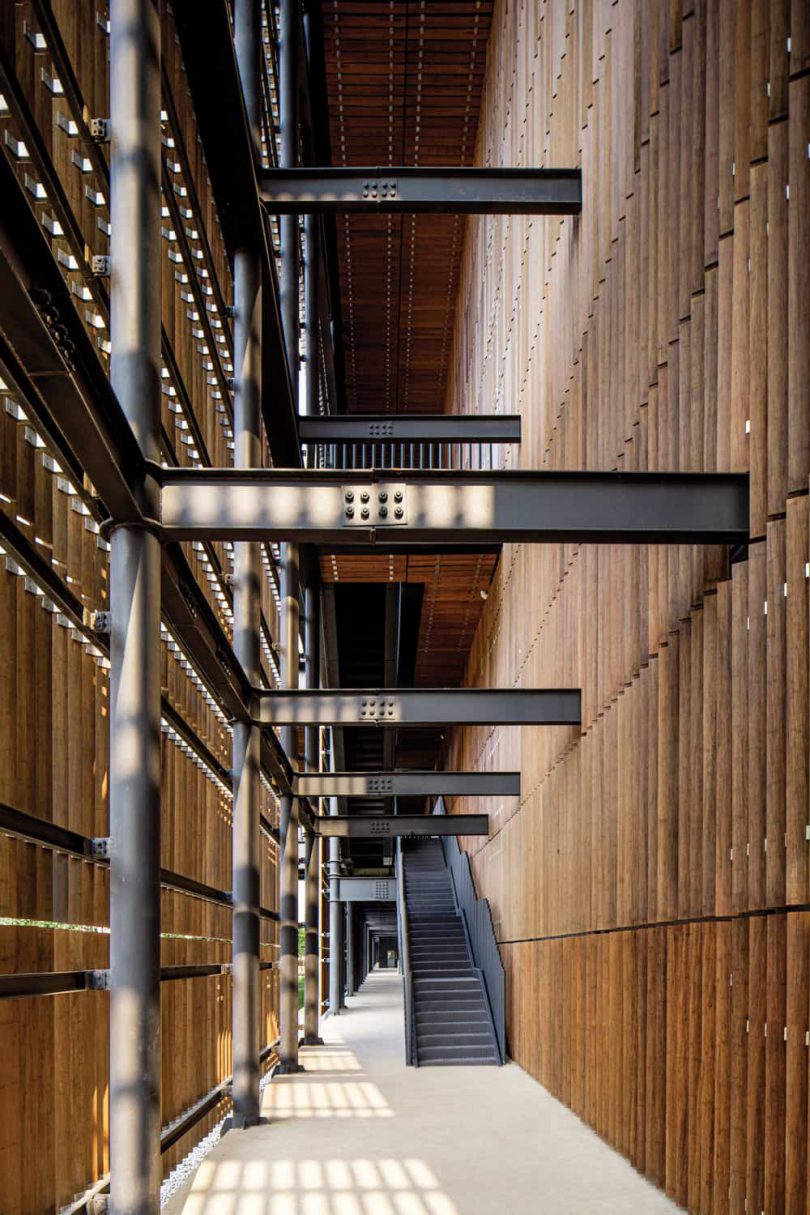 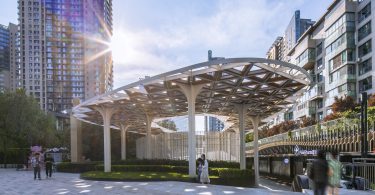 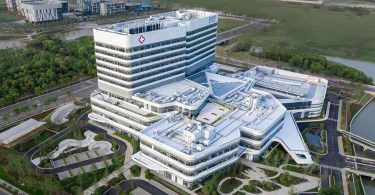 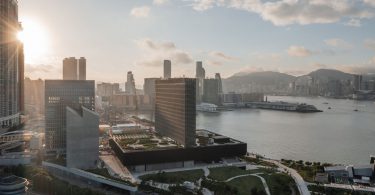 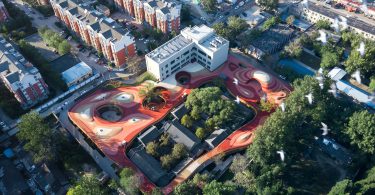 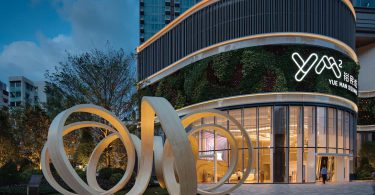 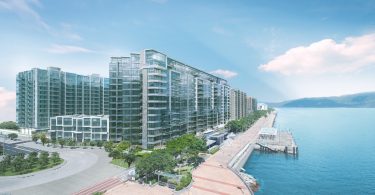